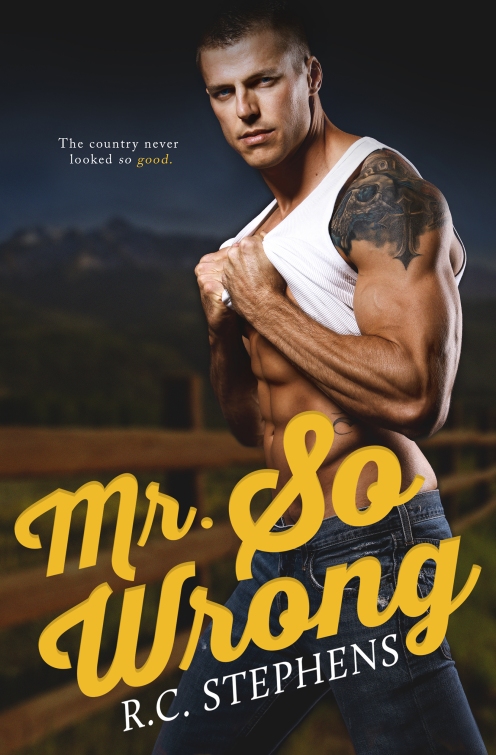 Albert Walsh the Third is feeling like a failure with no prospects for his future after his best friend decides to leave the political realm and no longer needs him as his Chief of Staff.  While his family may come from big money, Al walked away from them ten years ago when he learned the truth about why he never quite felt like he fit in with any of them but his youngest sister Izzy.  Needing to get away from the city and reevaluate his life, Al decides to visit his sister in Colorado. He finds his life on a major detour, however, when his porsche ends up in a ditch during a blizzard and help is nowhere to be found.

Samantha Belmont was never meant to stay in the tiny town of Holston.  Raised by her older sister after her mother died when Sam was only nine, she couldn’t quite find her way out even after her sister did.  Instead she found herself helping her emotionally distant father keep the family cattle ranch from going under. She’s not happy, but she’s okay.  And, she never could pass up a stray . . . especially when it comes in the form of a gorgeous man passed out in his car and stranded on the side of the road during a snowstorm.

From the moment they lay eyes on each other, Sam and Al’s chemistry is off the charts hot.  But between their age difference, social backgrounds and the fact that Al doesn’t plan on sticking around after his car is fixed it’s a real bad idea to act on all that heat between them . . . .

Both Sam and Al have secrets, but for the first time in his life, Al sees something more important than achieving political success and he’s finally ready to take a chance on it if he can only convince Samantha to do the same and take a chance on him.   Trusts are tested and hearts are broken, but Al isn’t ready to give up the the beautiful and spirited cowgirl that’s roped his heart no matter how hard she tries to push him away.

After ready Mr. All Wrong, I couldn’t wait to read Al’s story and R.C. Stephens did not disappoint.  Both Al and Samantha have tragedy in their young pasts that shaped them in to who they are today. Neither is truly open to love or relationships and are content enjoying flings until fate brings them together during a Colorado blizzard.  These two characters really are about as opposite as you can be on so many levels that a relationship should never work. But, the author creates such a slow burn as the characters begin to flirt and drift towards each other like magnets that we get to enjoy this opposites attract love story.

The author did a fabulous job developing these characters and giving them amazing depth and personality.  I especially enjoyed watching Al learn to embrace all the ranch had to offer, including manual labor. We also see that there is much more to Samantha that she lets on as the story develops. The side cast of characters is also very strong and help us learn a lot about Sam and Al and why they are the way they are.

While this book can easily be read as a stand alone, I recommend reading Mr. All Wrong first to get a bit of Al’s backstory on just why he’s heading to the middle of nowhere in a porsche during the middle of winter.  Grab your class of wine and settle in for this slow burn opposites attract romance! 5 stars!

Albert Walsh the Third has spent over a decade running away from his past. With no job and nothing to lose, he goes on a spontaneous drive to visit his sister in the mountains of Colorado. The simple trip proves to be more than he bargained for.
Samantha Belmont is floating through life. She’s cast her dreams aside and now works on her papa’s ranch. One night, Sam is driving home in a snow storm after a hookup when she spots a car in a ditch and saves a man’s life. She doesn’t expect to develop feelings for the hot as hell stranger. Everything about him is wrong from his pointy shoes and fancy car to his age. Pushing him away would be the smart move.
Only Al can’t be pushed around anymore. Maybe it’s because she saved his life or maybe it’s because this cowgirl is completely different from every other woman he’s been with.
Problem is Sam has secrets of her own. Secrets she doesn’t want Al to find out because if he did he’d run in the other direction. She pushes him away even though he melts her panties right off—literally. There is more than just her heart that needs protection. Al won’t give up fighting for the feisty cowgirl’s attention. Tempers will flare and hearts will be broken. And Sam’s plans to never settle down will be torched like the inferno of passion raging between them. 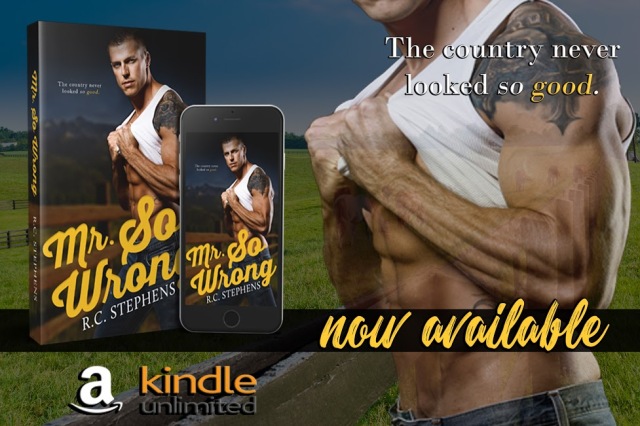 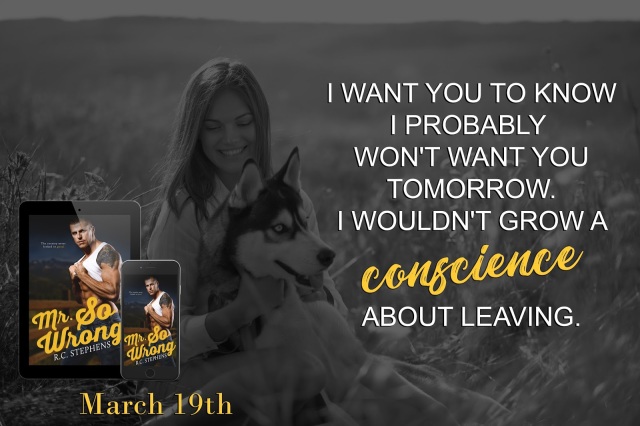 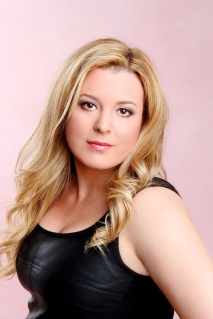 R.C. Stephens was born in Toronto, Canada. She graduated from York University with a master’s Degree in Political Science.
R.C. is an avid reader, so when she isn’t cooking for her clan or on her laptop writing, she’s snuggled tight with her Kindle devouring any romance novel she can. Okay, with the exception of Thursday nights. She makes time for Scandal and Vampire Diaries. She’s a fan of drama and suspense but she’s also a sucker for a happy ending.
Her husband was her first teenage love. They live together with their three children in Toronto. Loving Canadian winters she could never think of living anywhere else.