Makayla has been sheltered for most of her life.  She’s finally ready to be on her own nd has her first job as a hostess at Spiked Roses, thanks to her connection with one of the owners.  Before her new life even has a chance to begin, however, the past catches up with her and she is whisked away to to keep her safe from a threat that could end her life.

Alec has known Makayla since she was a child, so when his old friend and business partner reaches out to him to protect her, he has no choice but to do so and enter a life he left behind years ago.  As Alec takes Makayla to an old vacation property their families used to share, their taboo attraction grows. While Mackayla may call him Uncle Alec, she’s not a little girl anymore and both are seeing one another  as forbidden fruit.

While she may be naive, once Makayla realizes what her father is up against, she decides to throw herself into the fray in hopes of saving him without Alec’s help or permission.  What she doesn’t understand is that it’s too late to take her father’s place in a secret ritual and now both of them, and Alec who tries to save her as best he can all all in extreme danger.

What follows is a secret society’s ritual that can only be described as barbaric and deadly.  Women are chosen and used and abused as sexual slaves in the worst of ways and mean are forced to play a deadly game of roulette all because they’ve asked for a favor from the powerful members that have made up this secret group for generations.  Lives will be put at risk. Relationships will be tested and no one will leave the ritual the same once it’s through.

While the entire Top Shelf series has been dark erotica, I found this to be the darkest book yet.  The somewhat taboo relationship was pretty juicy, considering that even though they are not truly related, Alec and Makayla have always thought of one another as family and Alec is truly old enough to be her father.  The secret ritual, however, was extremely disturbing. It definitely contained a shock factor I was not expecting.

I didn’t connect as well with Alec and Makayla as I have with other couples in this series.  Makayla was ridiculously sheltered and naive, yet threw herself into danger with no assistance from the one man her father sent to protect her.  I also felt Alec lacked some of the depth the other owners of Spiked Roses have had in prior books in the series.

It had been years since I had seen her.

Years since I last saw those eyes with pure, raw innocence.

So much time had passed since I lusted after what I knew I should resist.

But she was so right.

And I was so wrong.

To claim her as mine was breaking the rules. Boundaries should not be broken.
But temptation weakens my resolve.

With the pull of my dark desires…

I know that I can’t hide from my sinful thoughts—and actions—forever.

*Devils & Rye is a dark billionaire romance. If you don’t like a splash of
shock, a dash of taboo, and a heavy dose of sex, then don’t take a sip of this
TOP SHELF cocktail. 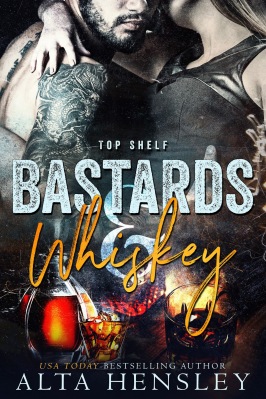 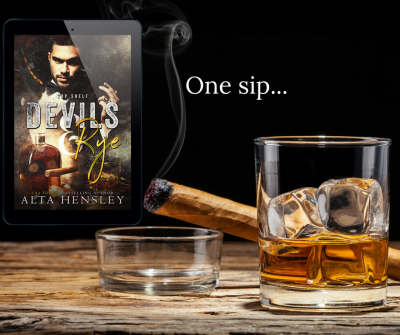 Author Bio
Alta Hensley is a USA TODAY bestselling author of hot, dark and dirty romance. She is also an Amazon Top 100 bestselling author. Being a multi-published author in the romance genre, Alta is known for her dark, gritty alpha heroes, sometimes sweet love stories, hot eroticism, and engaging tales of the constant struggle between dominance and submission.
Author Links