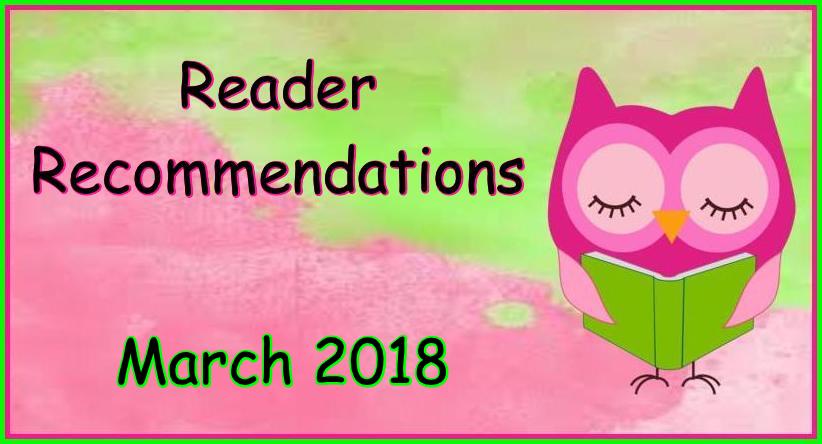 I know I have a lot of fabulous readers following the blog and I wanted to know what their top reads were each month so I can shout them out!

“A real life Cinderella story with a grumpy prince as the hero. Zander is the perfect hero!” 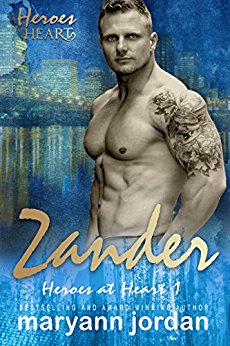 The true measure of a man is not in the mistakes he makes…but in how he handles those mistakes.

After leaving the Army, Zander King wants nothing more to do with being a hero. His life plan is to keep his nose clean, work hard to make his bar successful and avoid damsels in distress. Old habits died hard, though, so when a beautiful stranger walks into the bar to drink alone, his protective instincts kicked into high gear. It was a good thing too, because his was not the only eye she caught in his rough-side-of-town establishment.

When a man won’t take no for an answer from her, Zander kicks him out, but he sends the woman, who doesn’t belong there, packing too. Too late, he realizes his mistake in releasing the petite, vulnerable woman out into the neighborhood alone, when he finds her near death outside the bar at closing time.

Racked with guilt, Zander’s conscience won’t let him abandon her until he knows she’ll be okay. At the hospital days later, his sleeping beauty, Jane Doe, finally wakes up, but she doesn’t remember who she is or how she got there.

Zander vows to help her put the pieces of her memory back together, but would regaining her memory only put her in more danger?

A Heroes at Heart novel based loosely on the fairy tale, Sleeping Beauty.

“The dynamics between the sassy working-class woman and the rich stuck-up suit who can’t resist her personality.”

It started out like any other morning on the train.
Until I became mesmerized by the guy sitting across the aisle.
He was barking at someone on his phone like he ruled the world.
Who did the stuck-up suit think he was…God?
Actually, he looked like a God. That was about it.
When his stop came, he got up suddenly and left. So suddenly, he dropped his phone on the way out.
I might have picked it up.
I might have gone through all of his photos and called some of the numbers.
I might have held onto the mystery man’s phone for days―until I finally conjured up the courage to return it.
When I traipsed my ass across town to his fancy company, he refused to see me.
So, I left the phone on the empty desk outside the arrogant jerk’s office.
I might have also left behind a dirty picture on it first though.
I didn’t expect him to text back.
I didn’t expect our exchanges to be hot as hell.
I didn’t expect to fall for him―all before we even met.
The two of us couldn’t have been any more different.
Yet, you know what they say about opposites.
When we finally came face to face, we found out opposites sometimes do more than attract―we consumed each other.
Nothing could have prepared me for the ride he took me on. And I certainly wasn’t prepared for where I’d wind up when the ride was over.
All good things must come to an end, right?
Except our ending was one I didn’t see coming.

“I’m a sucker for second chance romances and this one didn’t disappoint at all.”

And the new heavyweight champion of the world is…

Those are the words that Zeus Kincaid has been waiting to hear since he first put on a pair of boxing gloves. He just didn’t think they would come with a tragedy that would change how he viewed the sport forever.

Cameron Reed was in her second year at Juilliard when her childhood sweetheart, Zeus Kincaid, walked away from her. A few months later, Cam realized that she would never fulfill her dream of dancing for the New York City Ballet.

Now working as a dancer in an upscale club in Manhattan, Cam is brought face-to-face with the man she once loved. And it’s her turn to walk away from him.

After five years of missing Cam, Zeus isn’t prepared to let her go again. But when he finds himself standing on her doorstep the next morning, things don’t go quite as he expected…

Richelle R. recommends What He Doesn’t Know by Kandi Steiner.

“I love angst filled books and this was one for the ages.” 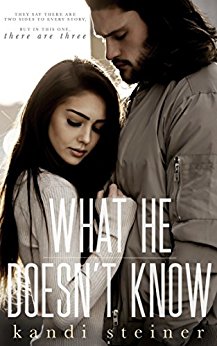 On the northeast side of town, there is a house.

The house was once magical, filled with love and joy and plans for the future.

Inside its walls are many things that belong to me — my books, the china from my mother on my wedding day, the beautiful cage once home to two birds, now empty, just like me.

A man who also belongs to me.

A man I no longer wish to keep.

A man who, no doubt, has not slept, though the sun is rising. Because the house where he waits is where I laid my head to rest every night for eight years. Until last night.

No one who knows me would believe Charlie Pierce, the quiet, bookish girl who never made waves is pulling out of the driveway of a man who isn’t her husband.

But they don’t know me at all.

I don’t even know me.

They say there are two sides to every story, and I suppose in most cases, that’s true. But the one I live inside of? It has three.

On the northeast side of town, there is a house.

But there is no longer a home.

I had one job.
Stand up tall, look pretty, and don’t fall for the lawyer trying to put my father in prison.
I had one. f*cking. job.

I’ve always had a thing for the forbidden guy.

So, I shouldn’t have been surprised by the rush of blood to my cheeks the moment I laid eyes on Lance Tyler, Attorney at Law.

Tall, handsome. A jaw chiseled from solid rock. Wicked smart — and not just street smart. He could triple word score me all night long if you know what I mean.

But any primal urge I have instantly goes cold when I remember why I entered his office in the first place.
My father is in jail. Lance wants to keep it that way.

Sleeping with the enemy isn’t my style but Lance has a few urges of his own.
One touch. One kiss. One night with him… and I’ve completely lost myself.

No man has ever wrecked me like this before.
But it feels so good.

Scott Hildreth is a married father of six children. He is an international bestselling romance author who has published more than fifty novels, over half of which have been number one bestsellers. His journey to his current existence, however, wasn’t always an easy one.

He never imagined that a weekend hobby would land him in federal prison, a donut shop would produce the love of his life, or that contemporary romance novels would have his name splashed across the covers.

At one point, he had it all: a house on the hill, a wife, three children, and a rewarding career. After becoming the focus of an ATF investigation, his world was turned upside down.

The legal battle for his freedom ended in a loss on the steps of the United States Supreme Court. In the subsequent trip to federal prison, he lost his wife, contact with his children, and his home.

After serving his prison sentence, he returned to work and reunited with the men in his motorcycle club. Once again on top of the world, but lacking trust in society – and women in general – his only relationship was with his motorcycle.

Three years later, Scott was jobless, carless, penniless, and holding an eviction notice. He then took a chance at a career he had no formal training in – being an author. His inspiration came from a woman he shared a table with in a donut shop.

Fueled by nothing more than his love for her, he clawed his way to the top of the industry and hasn’t looked back since.

Lover Come Back is a true – but often unbelievable – story of loss, sacrifice, second chances, and ultimately, love. It takes the reader on a tear-jerking journey from the horrors of a federal criminal trial to the lush beaches of Naples Florida, where Scott and his family currently reside.

A testament to the pain the human heart can endure, and to the repair that only love can bring, Lover Come Back is a must-read memoir that will cause you to believe that second chances can produce first loves.

“In one of my Harlequin series binges, I found Undone by Her Tender Touch by Maya Banks–I didn’t know she got her start writing for Harlequin!!” 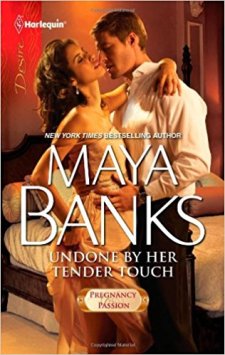 Just one night? Yeah, right. Pippa Laingley should have known better. When an unplanned evening of passion with Cameron Hollingsworth results in unplanned pregnancy, she’s at a crossroads. She knew going in that the enigmatic entrepreneur had built a fortress around his feelings. What she’s just discovered is that he’s loved and lost before?wife and child. Tragically.

Now Cam stands to lose it all again. If he lets Pippa get too close. If he pushes her away with loveless arrangements of financial support. Either way, he’s doomed?unless he can let himself love again.

“I absolutely loved it. (But you gotta read Temptation first).”

Darcy Lockhart is named after her gran’s favorite literary character in Pride and Prejudice, yet in her twenty-six years on earth, she’s struggled in vain to find any Jane Austen type romance. Her recent break up with her ex reads more like a Stephen King novel.

Fresh from her broken engagement with a pile of financial obligations looming, Darcy’s sturdy resolve to achieve true success is tested at every turn. Will she ever be good enough at anything?

When she happens upon Eli Reece, he is the spitting image of her namesake, Mr. Darcy, down to the proper British accent and cocky arrogance. Darcy and Eli hit it off like oil and water or as the British say, chalk and cheese. Despite Eli’s striking green eyes and sexy grin, Darcy finds his so-called charm and confidence annoying and deems him a buttmunch.

Slowly, they morph from chalk and cheese to bondage and blindfolds. Eli Reece is an experienced Dom, the Master of the Cane. Darcy Lockhart is a novice, struggling to find her way. Together they are an explosive force of unstoppable desire.

But will the dark desires that draw them together, also rip them apart?

What was your top read for March?  Shout it out by commenting below!