That’s What He Said is a weekly meme hosted by @Chapter Break. Here’s the deal: every Thursday, post a line from your book boyfriend to his heroine. Keep in mind, these are direct quotes from dialog in the books. The quote doesn’t have to be romantic – it can be anything spoken by a book boyfriend. Be sure to link up over at Chapter Break as well!

Molly Boyd’s entire world was turned upside down when her husband Carter suffered from a traumatic brain injury when deployed. As his personality turned out of control due to his injuries, Molly has had one constant in her life . . . her husband’s best friend, Jase Weaver.  After Carter’s death, Jase becomes even more prominent in Molly’s life.  And now, she’s left with feelings she doesn’t know if she should act on or if it will ruin her friendship with the one man she needs to make sure is a part of her life.

Jase Weaver has been in love with Molly since the first time he saw her. When she chose his best friend, he stepped back and kept his feelings to himself . . .but he vowed he would always be there for Molly. As things for Molly go from bad to worse, Jase can no longer keep his feelings hidden.

Jase’s love for Molly knows no bounds.  He would take on the entire world to keep this woman and her unborn child safe from anything that threatens her, and he’s ready to prove it.

You’ve got to love an  alpha male who knows how to both cherish and protect what is his! 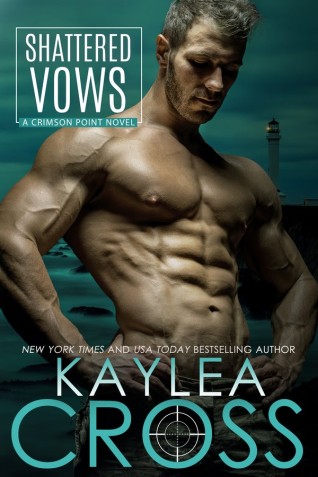 Molly Boyd’s entire world unraveled when tragedy turned the man she loved into her greatest threat. Her ex-husband’s death has left her pregnant and alone, struggling to put her shattered life back together—and her confusing feelings for his best friend aren’t helping matters. For years Jase has been a solid, steady source of comfort and friendship. Now she can’t stop seeing him as something more. And just as she’s wrestling with her shifting feelings, a new danger from her ex’s past threatens everything—including her and her unborn child’s lives.

But she’s always been the one.

Jase Weaver is an expert at unrequited love. Years ago he stood by and watched his best friend marry the woman of his dreams, and he’s endured his suffering in silence ever since. But when Carter’s self-destructive tailspin threatened Molly, Jase stepped in to make her safe. And when Carter died, Jase stepped up to be her rock. Now he can’t stay silent any longer. He’s wanted Molly forever and it’s time she knows it. So when a new threat against her emerges, Jase will put his own life on the line to protect her, no matter the cost.

Leave a comment letting me know if you’d fall in love with a man like Jase!  I’d also love to know about any other great romances that should be on my TBR.