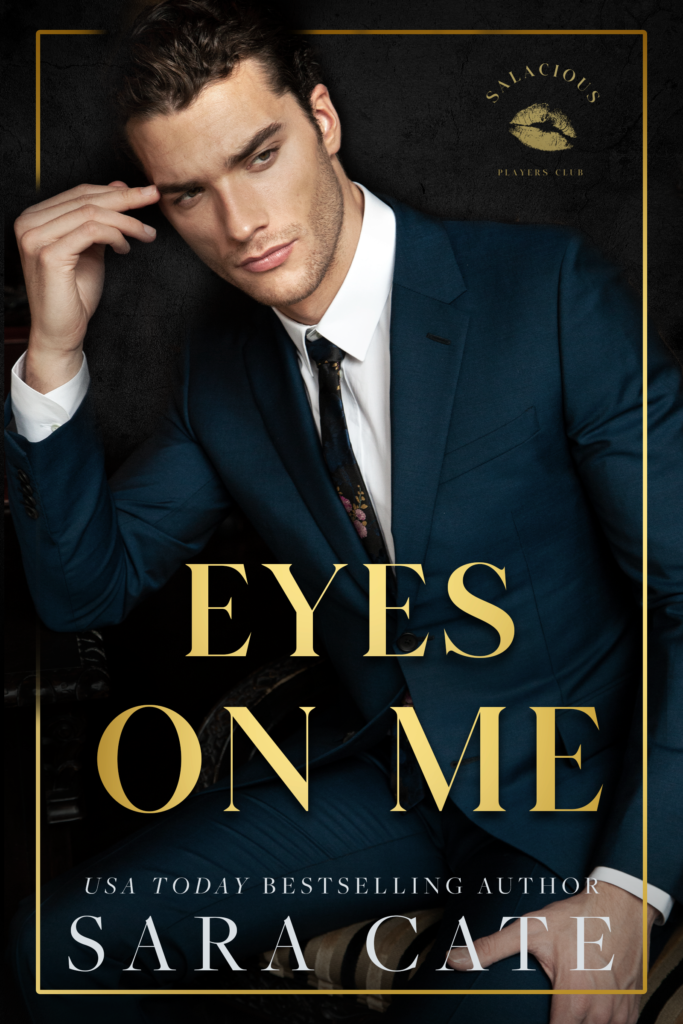 I’m a voyeur.  She’s an exhibitionist.  She’s also my step sister and 13 years younger than I am, so why am I so obsessed with her since I found her unexpectedly on a cam girl app?

Even though I’ve had a crush on him for a decade, he’s never seen me or treated me as anything but a brat to tease and torment, so why is he being nice all of a sudden?  I know it’s wrong, but why does it feel so right?

Eyes on Me was book two in the Salacious Player’s Club and can be read as a standalone.  Garrett and Mia hit quite a few taboo marks, being step siblings (even though they really didn’t grow up together) and having a significant age gap.  Once they finally see one another in person again, their sexual tension is off the charts.  Garrett doesn’t do commitment and thinks playing a bit will be enough . . . but it becomes obvious right away it won’t be.  And, Mia , while a cam girl, is still a novice when it comes to a sexual relationship.  She also wears her heart on her sleeve even as she explores her sexuality to the fullest.

As this couple dances around one another trying to figure out what’s next, Garrett is also hiding some big secrets . . . secrets so big they may pull them apart forever.  A huge kudos to this author for handling the taboo while also shining a light on mental health with grace.

Eyes on Me was ridiculously hot and had a deep and complex plot that made this story so much more than just a taboo romance.  4 stars! 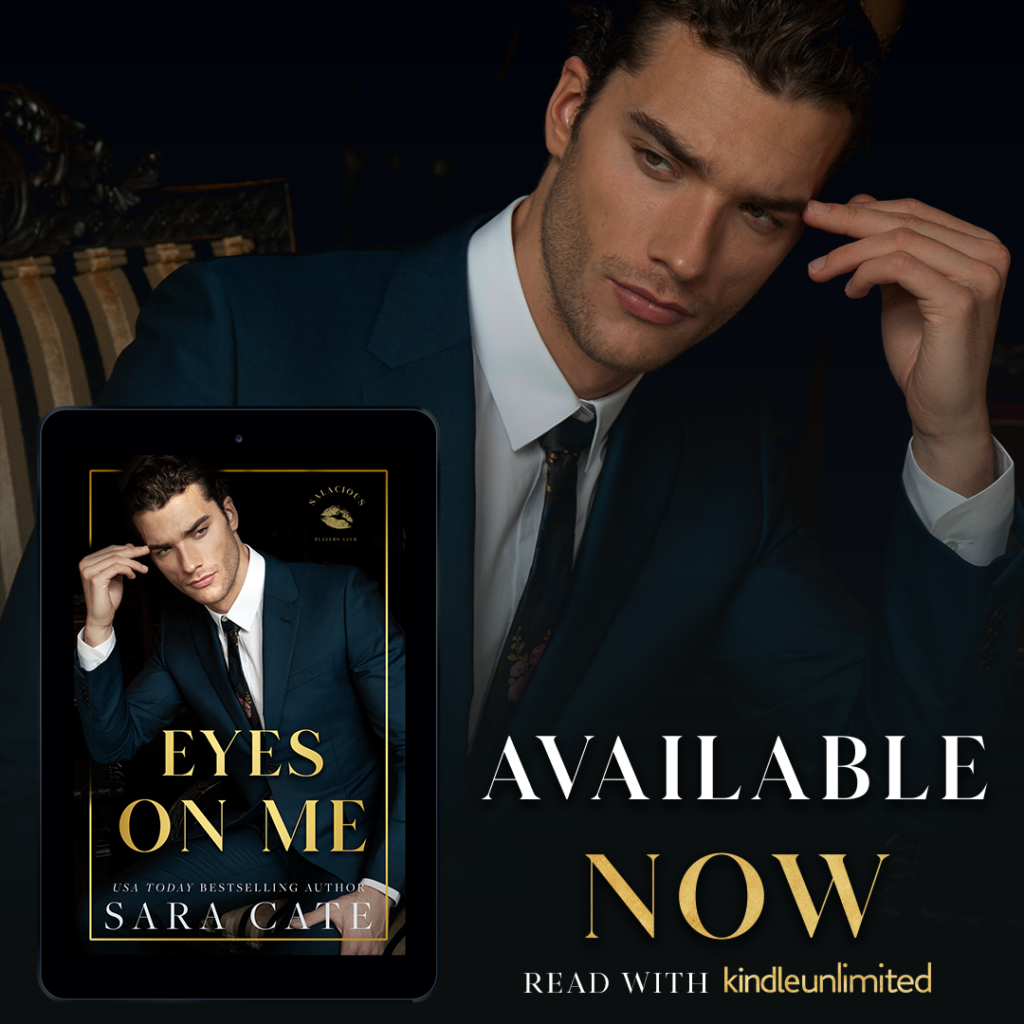 EYES ON ME by Sara Cate is LIVE!

And in my line of work, that’s a gift.

As one of the four owners of the Salacious Players’ Club, I’m comfortable on the sidelines. This is what I was made to do, and I work better alone.

Until the day I stumble on a certain cam girl app and find myself watching the one person I should never have watched—my step-sister.

There are three big problems with this.

One, Mia and I can’t stand each other.

Two, she has no idea I’m the man on the other end of the video.

Now, Mia has me wanting and doing things I said I’d never do again, like opening up and getting attached. I’m falling for her, but she’s falling for the mystery man I’m pretending to be.

If I’m going to make this right, then I have to do more than just watch.

But how far will I go to keep her eyes on me?